Capvis powers off the blocks with arena

Capvis, the leading Swiss mid-market private equity fund, has acquired arena, one of the world’s reference brands in aquatic sports. For over 40 years, arena has equipped the world’s Olympic gold medallists and watersport lovers with racing, training and leisure swimwear built on a foundation of technology and innovation. The acquisition is subject to approval by antitrust authorities.

Established in 1973 by German sports visionary Horst Dassler, son of the Adidas founder, arena was among the first swimwear companies to engage in textile and fluid dynamics research in quest to develop the fastest, lightest, smoothest and most durable products for both competitive and recreational swimmers. Throughout the years, arena has equipped some of the world’s greatest swimming champions, incl. Mark Spitz, Franziska Van Almsick, Alexander Popov and Rebecca Soni – to name only a few. arena continues to define trends and set standards to this very day, most recently with its Powerskin Carbon-Pro racing swimsuit featuring the breakthrough technology of “intelligent compression”. In 2013 in Barcelona, arena counted up its most successful World Championships with almost half of all medals awarded in the pool and open water - along with three of six new world records - going to athletes wearing arena suits.

Headquartered in Tolentino (Italy), the arena research and development team works with a network of scientific partners and fabric manufacturers to develop innovative technologies applicable to racing swimwear and equipment. arena has subsidiaries in France, Germany, and the U.S., and also operates through a global network of distributors and licensees. The arena brand has a presence in over 100 countries around the globe.

Andreas Simon, partner of Capvis, comments: “As a global champion in its niche, arena perfectly fits the Capvis investment strategy. Propelled by innovation and uncompromising commitment to the sport of swimming and the brand visibility powering its surge worldwide, arena is uniquely positioned in one of the most popular sports categories. arena’s brand equity, validated from premier teams and organisations, offers significant value creation potential. We have followed the company and its management for years and are thrilled to power off the blocks with them, in the true sense of the word.”

Cristiano Portas, CEO of arena, confirms: “We are enthusiastic about our new shareholder Capvis who has the same vision for our brand and who shares our passion and determination for working hard to achieve great things. We welcome Capvis as our new partner and look forward to working together on becoming the market leader for competitive waterwear and promoting aquatic sports globally.” 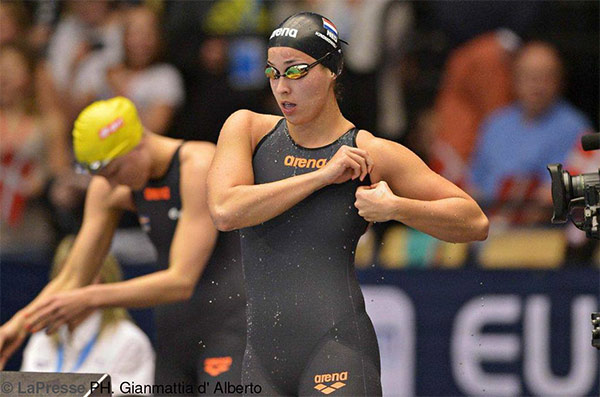 Capvis is the leading private equity firm in Switzerland and one of the most active investors in German-speaking Europe. With a current fund with a volume of EUR 600 million, Capvis invests primarily in leading medium-sized companies. Capvis aims to support management teams in releasing entrepreneurial potential and achieving new levels of excellence. Since 1990 Capvis has completed 44 transactions with a total volume of more than EUR 5 billion. Capvis has floated nine companies on stock exchanges and has repeatedly been voted Switzerland’s and 2013 also Germany’s best private equity firm by the international financial press. www.capvis.com

arena has created and marketed waterwear products for competitive swimmers and swimming fans worldwide, and is universally recognized as one of the premium brands of high-quality swimwear and equipment. Over the last 40 years, the company has developed strong expertise in developing best-in-class products with particular focus on the pool segment. arena has commercial subsidiaries in Italy, France, Germany, and the U.S., and also operates through a global network of distributors and licensees. The arena brand is present in 106 countries worldwide. The company’s ties to the world of sport and swimming in particular are reinforced through sponsoring activities at different levels, including governing bodies, national federations, athletes and clubs. For more information, please visit: www.arenainternational.com and www.arenapowerskin.com.